With fall right around the corner I’m starting to get in the mood for festive spiced foods. I’m talking about pumpkin spice, nutmeg,  cloves, and cinnamon flavored foods and baked goods. I’m sure all of you have been too, I’ve been seeing lots of pumpkin and cinnamon spiced recipes getting posted and pinned.

These Cinnamon Bun Pancakes are soft, fluffy, sweet, moist, with a sweet-spicy kick of cinnamon, and pair so great with Cinnamon Whip (recipe below). 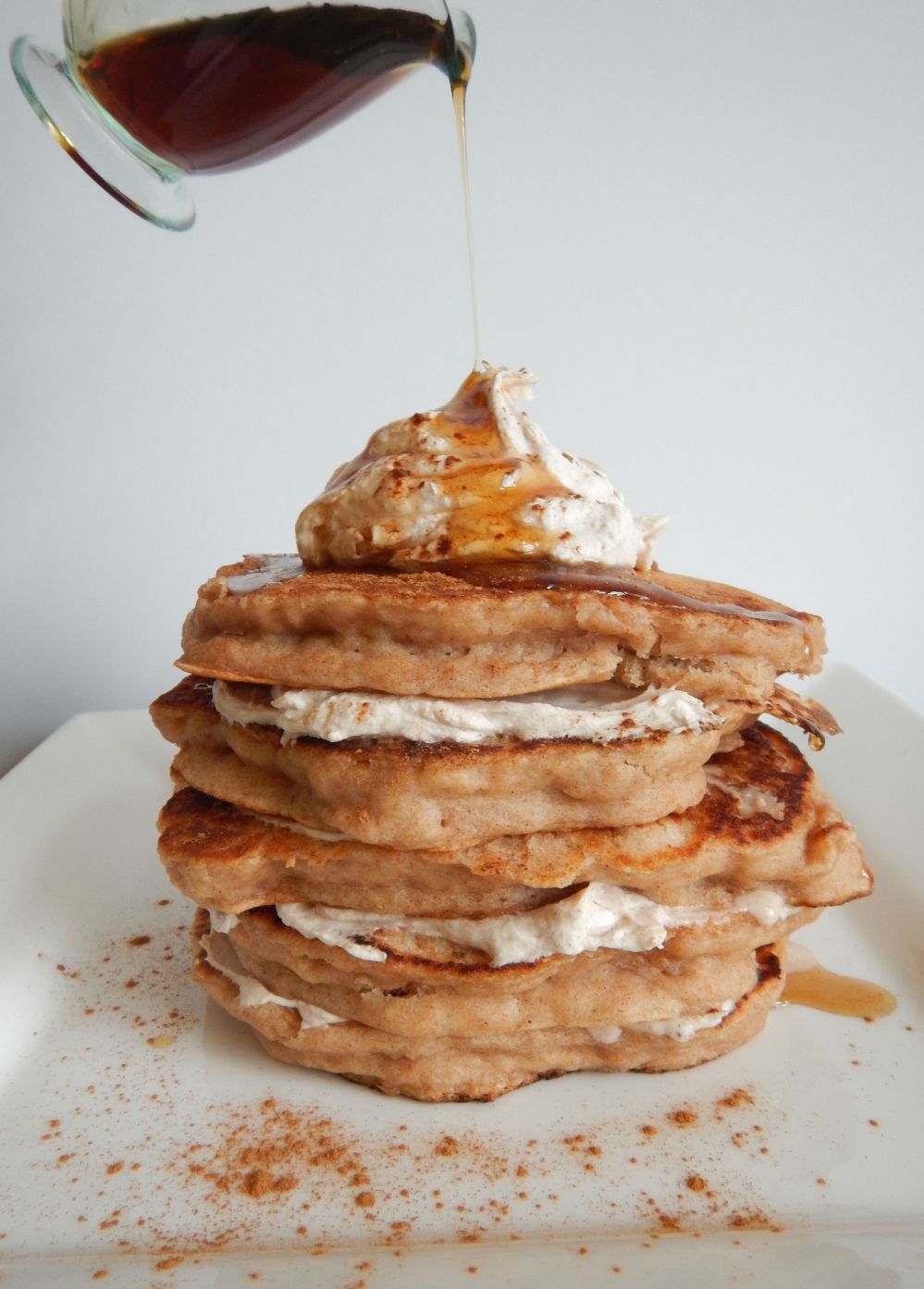 If you try this recipe, don’t forget to let me know what you think! Leave a comment below,  on Facebook, or snap a pic of your results and tag #healthconsciouskitchen on Instagram.

If cooking on griddle preheat to 300°F (or cook on medium heat on stove top in a skillet).

Melt a small pat of vegan butter (per pancake) in  pan or griddle. Pour roughly 1/2 cup of pancake batter on top of melted vegan butter *this will give the pancakes crispy “buttery” edges*.

Cook for 2-3 minutes on each side or until cooked thoroughly.

To make the cinnamon whip, scoop chilled coconut milk fat out of the top of the can *try not to scoop up a lot of the clear liquid at the bottom* and add to a small mixing bowl along with cinnamon and maple syrup. Whisk until stiff peaks form.

Top with Cinnamon Whip, maple syrup, and if you want to make it fancy sprinkle some cinnamon on top. 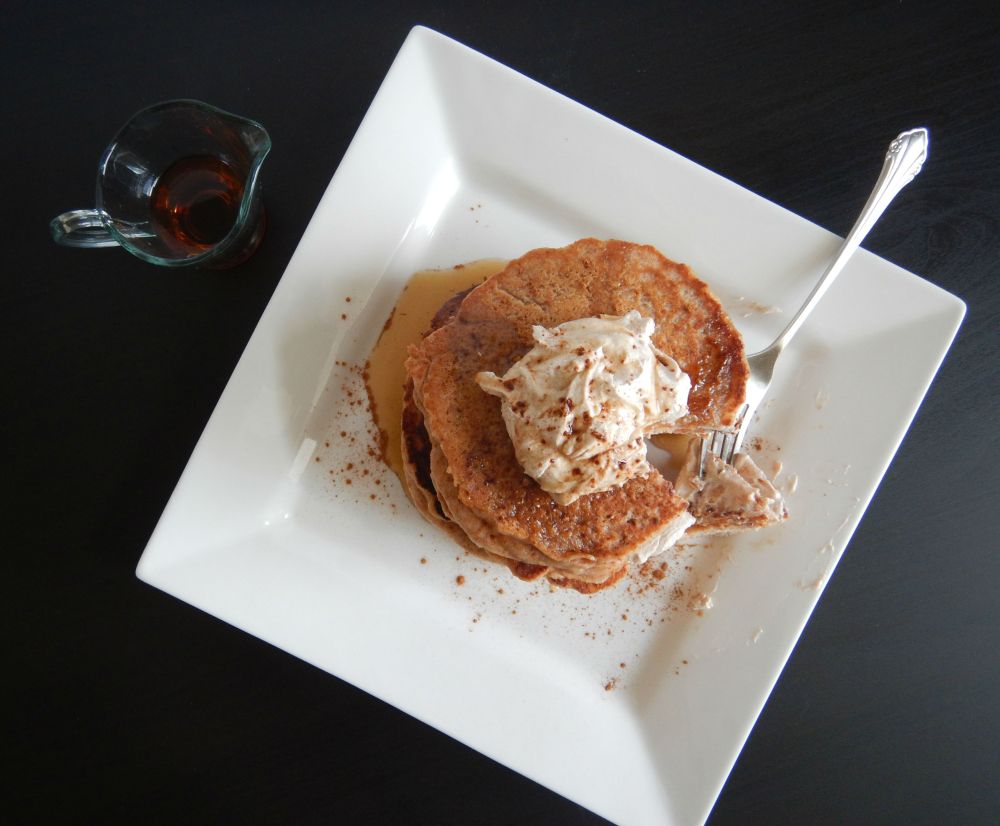